Read all about the Turf Talk story and the changes that it has seen over the years. The one constant being a passion for horse racing and knowing how to tip winners! 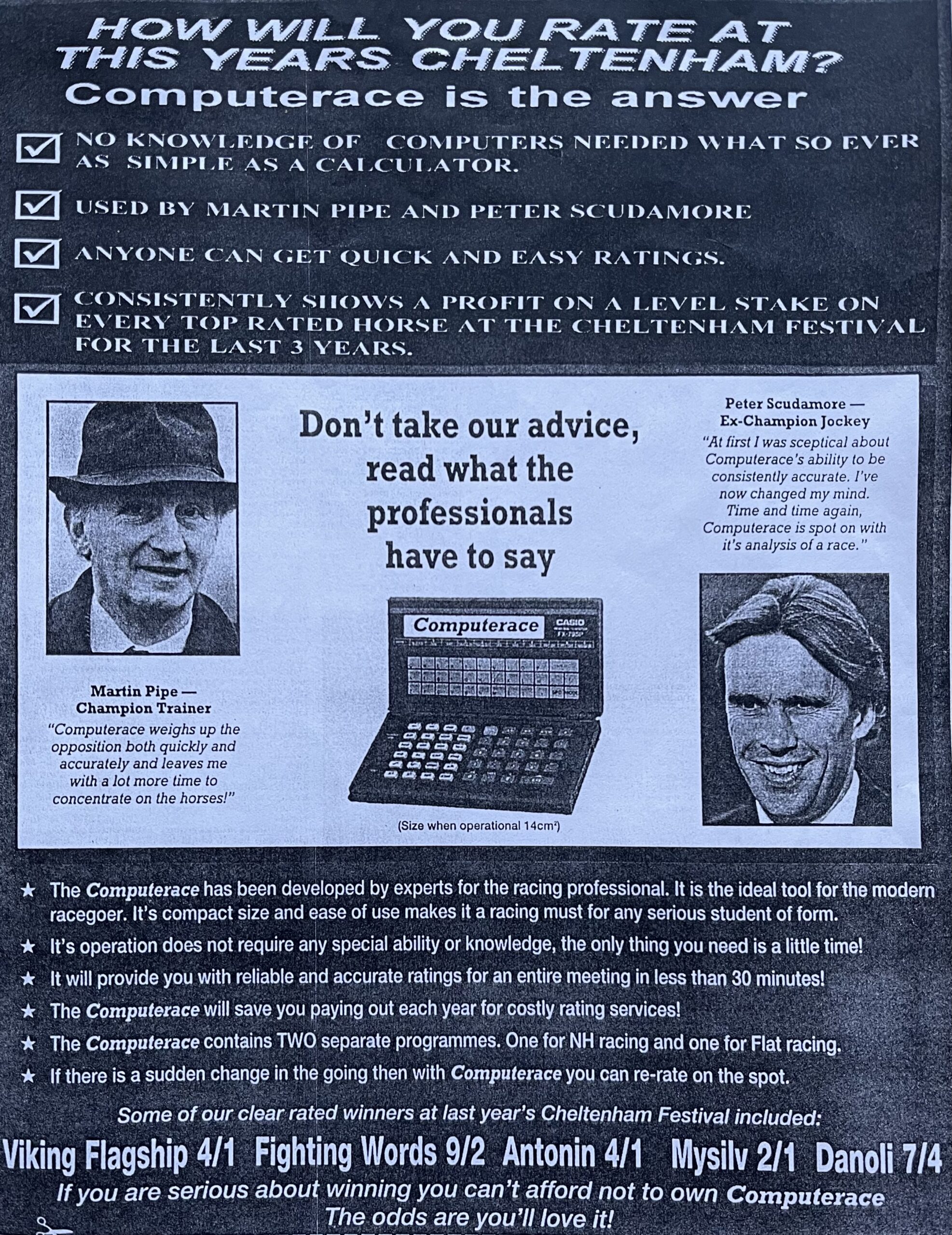 Turf Talk originally launched in the UK in 1994 as a ratings programme company. The algorithm was developed originally for the Australian market but after seeing the results was soon converted to work in the UK.

It’s success was always largely at the big meetings and in handicaps in particular. It was so accurate with the ratings that it produced that it was even endorsed by Martin Ppe and Peter Scudamore at the time.

It was originally a handheld device called Computerace but has been developed over the years and hasn’t been on sale since but used for personal gains and also some free tips on this website now and then.

In 2007 Turf Talk transformed into an online horse racing tips business and using both the ratings system and inside information, became one of the most feared tipping sites in the UK. For 3 years it was at the top of it’s game with some unbelievable tipping. The highlight had to be The Scottish Grand National in 2010 when tipping Merigo and Gone To Lunch who finished first and second. Since then it has remained in existence but as a more casual tipping website. The website couldn’t continue as it was without being a full time venture and with other businesses running alongside it, was decided to change strategy.

Now treated as some fun, these days the Turf Talk website is used predominantly as a blog and as a free horse racing tips provider, although who knows what the future holds. Never say never!